Culturally, ethnically, financially – Columbia Heights is Washington’s most diverse neighborhood. And according to the New York Times, its 14th Street is the City’s new “Hip Strip.” Over the last decade, Columbia Heights has been transformed with rehabbed living spaces, new condominiums and the entry of major retail chains that provide shopping attractions normally reserved for the suburbs rather than busy urban blocks.

In the early 1900s, Columbia Heights was home to authors Jean Toomer, Ambrose Bierce, Sinclair Lewis, Chief Justice Melville Fuller, and Justice John Marshall Harlan. The Ecuadoran Embassy, the Mexican Cultural Institute, the official residence of the Ambassador of Spain and the Polish and Lithuanian Embassies are all located in Columbia Heights. Today’s residents, including many young professionals, choose upscale condominiums and renovated townhouses for their residences.

Among the most popular addresses you will find Kenyon Square, the Fedora, City Overlook, Trillium and the Crest.

Out And About In Thriving Columbia Heights

DC USA, a 546,000 square-foot retail complex across from the Columbia Heights Metro station, includes retailers Target, Bed Bath & Beyond, Staples and Best Buy. An expanded Giant Supermarket is nearby. Neighborhood hang outs include IHOP, Starbucks and Chipotle. A number of bars and restaurants have also opened in the neighborhood including:

Bloombars, a free and funky performance space, is also a new addition to the area. Columbia Heights is the first permanent home of the GALA Hispanic Theatre which moved into the newly refurbished Tivoli Theatre, a glorious former movie theater built in 1924. GALA is a theater company dedicated to performing Spanish-language plays.

Residents have a wealth of public transit choices including the Columbia Heights Metro Station located on 14th Street that is served by the Green and Yellow lines.

Interested In Owning A Columbia Heights Penthouse Or Luxury Condominium?

For the latest inside information on what is available, contact Jeff Wilson at Life At The Top, today. Nobody is more in the know about the Washington DC Penthouse market! 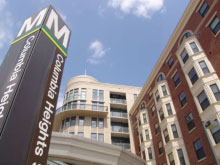 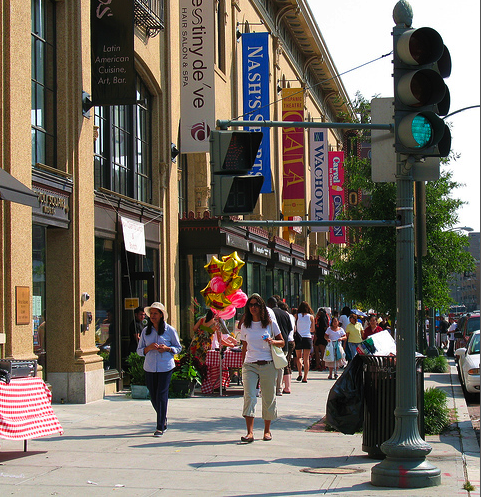 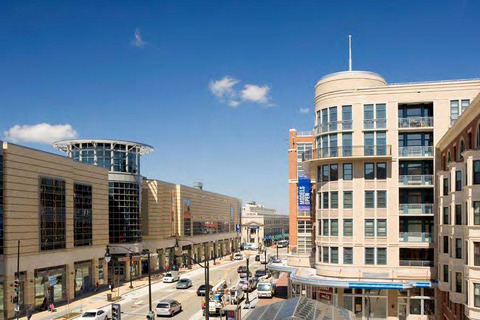 
Back To The Top